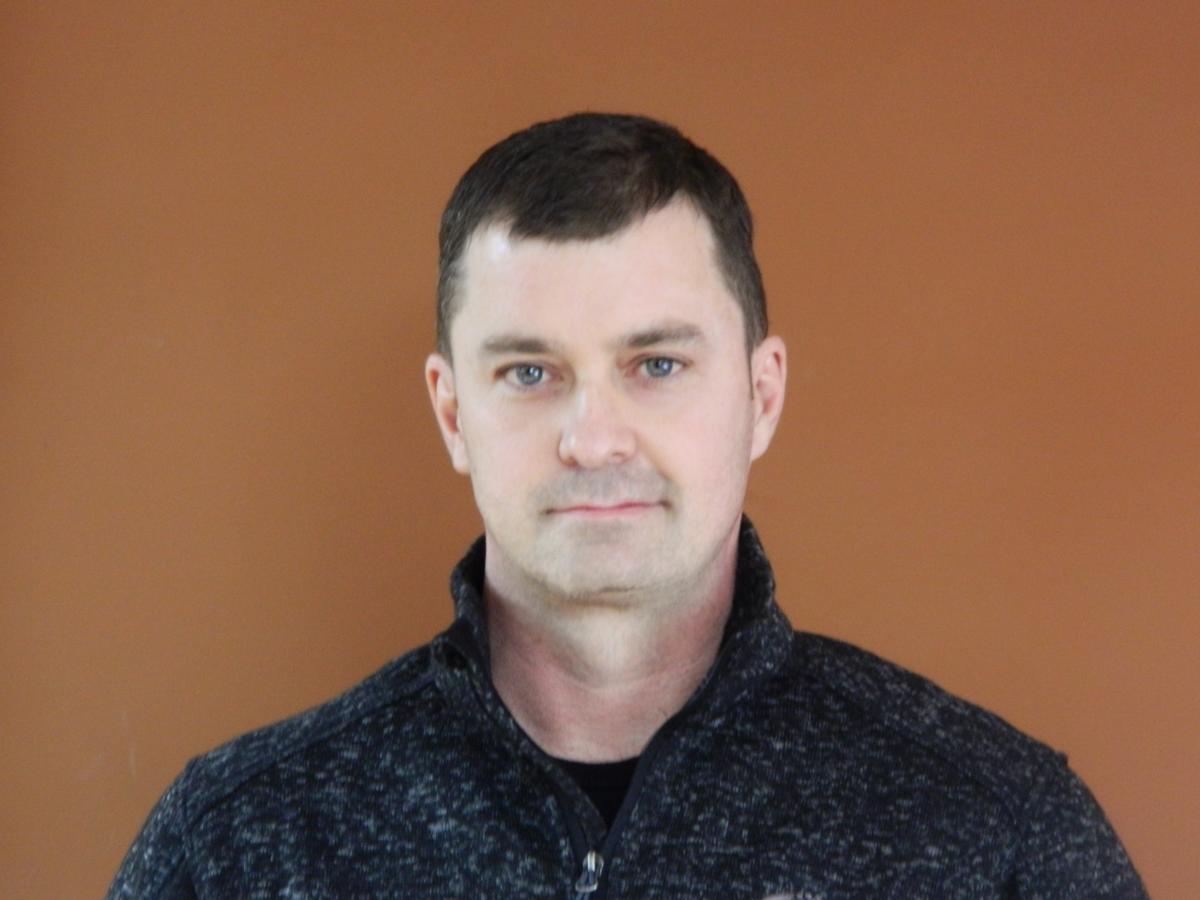 The son of the founder, Michael Hickman, Noah Hickman joined the family business in 1989. He began his career pushing a broom but soon became a utility production employee. He learned to grind, fill, build and repair the O.T.R. tire. In a very short time he had mastered the knowledge of tire composition, construction and proper field application.

Noah soon assumed the responsibility of assisting in the supervision of the world’s largest O.T.R. tire inventory and began traveling the globe in search of quality O.T.R. casings and repairable tires. He shared the responsibility of shipping and receiving and also began to develop his up-front and forthright sales approach that has become the H&H style.

For several years Noah served as the only direct sales representative. The continued strong growth of the company can be directly attributed to his unfaltering and steadfast dedication to his customer and product.

While serving his company as Vice President, Noah’s passionate approach to his responsibilities has assisted him in opening doorways to the global marketplace. The family-owned business has introduced itself and its product to many customers in nearly every continent around the globe.

As the President of H&H, and part Owner, Noah has directly overseen the metamorphosis of this company from industry commonplace to the industry’s most technologically advanced facility. The changes, although astounding, pale in comparison to the changes made to reflect his personal management philosophy.

As a customer, if you ask, “In how many global companies can I speak directly to the President?” You can now count at least one, Noah Hickman at H&H Industries. 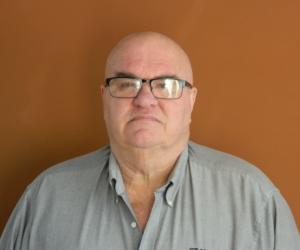 Ken came to H&H during its infancy in the spring of 1972.

The past forty-six years has brought Ken from an after-school tire changer to one of the nation’s leading O.T.R. repair and remanufacturing experts. The contributions to H&H and the industry as a whole remain incalculable at the very least.

As general manager, C/O and part owner, Ken now directs the day to day production as well as shipping and receiving.

Under Ken’s direction, H&H was the first to remanufacture the 57 inch tire and the first to develop and produce pre-cure tread rubber for the O.T.R. tire and is now the nation’s only source for the 57” pre-cure tire.

Much of the repair and manufacturing material used by H&H is produced exclusively for H&H and has been designed by Ken Daniels. Many of Ken’s visions and accomplishments have served to set H & H apart from the industry competition while many more have become industry standards. 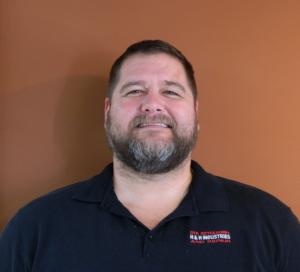 Brian contributes a very acute understanding of heavy equipment and the various applications the equipment may be subjected to by combining this expertise with his understanding of the H&H remanufacturing and repair process. In addition to these duties, Brian also often travels throughout the nation examining tire applications and products sold by H&H.

During these travels Brian also enjoys visiting with our many customers along his route. Brian is a key member of the H&H team, and his interaction with our customers shows how invaluable he is and the type of relationship he builds with our partners is based on our foundation of customer satisfaction.

Now, along with sales, Brian is the Executive officer of H&H’s daily operations. He is a member of the core management team and is a vital component in the future of the company. Brian’s never say quit attitude and aptitude for anything he puts his mind to make him a natural born leader. He has become an integral part of the business as well as a part of our family. His many contributions continue to grow, such as being the project leader on such key items as implementing the TireSystem© program as well as computer related services.

Should your ever have a question concerning application or have a particular tire need Brian is available 24 hours a day to accept your calls and assist you with any of your needs. 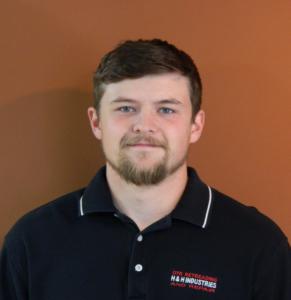 Cade started with H&H in 2012. Following in the footsteps of his grandfather, great uncle and uncle, Cade is in line to be the third generation of OTR retread and repair provider at H&H.

His commitment to hard work and dependability shows as he has quickly moved up the ranks from grinding buzz outs on tires, doing repairs and checking tires, to sales. His ease of communicating with our customers and his quick wit is an asset and proves his commitment to the company. Cade travels the country and the world in our business endeavors and has taken the bulk of the purchasing over from his uncle, Noah, and works hand in hand with him on a daily basis on all company aspects.

Cade’s intelligence, integrity, energy and enthusiasm to H&H supplements our level of high standards. While learning the business, Cade has continuously striven to improve and strengthen our customer relations and expand our business. Cade’s natural leadership qualities will enable H&H to continue to be the nation’s premiere retread and repair provider and grow to unprecedented levels. 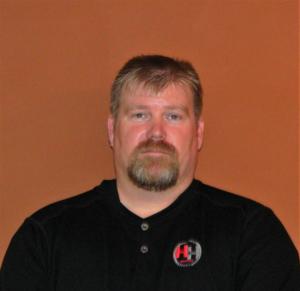 Keith Clark first came to H&H Industries in 1995, after his service in the Marines and an honorable discharge. He began his career in production and after serving in nearly all positions and aspects of production, Keith naturally and comfortably stepped up to his current management position of general manager.

Keith handles all of our production facility. He has been instrumental in keeping H&H a state of the art retread and repair provider, and helping provide the highest quality in the market. Also, like all of the core management team, Keith also performs sales to customers, application inspections, on site visits as well as the over-all operations management of our facility and staff.

Keith’s knowledge and know-how represent themselves well to H&H customers. His daily communications provide the satisfaction that our products and our staff have the customers best interest in mind. Keith has the integrity and fortitude that represents the company’s values and is another key individual and core management leader in the company’s continued success. His loyalty, experience and the example he sets for all our team members has proven why our team is above par. 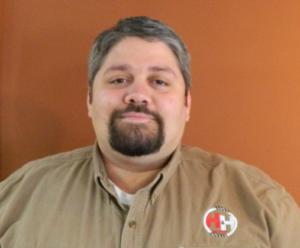 Al was later transferred to production where he performed many functions over the years and proved himself to be an asset to the company. He eventually was made assistant shift foreman, and then shift foreman as his leadership qualities grew and his role with H&H expanded.

After moving up the ranks and providing exemplary work skills and professionalism, Al was made plant production manager. He oversaw all aspects of production and daily plant operations. With his years of hands on experience and knowledge Al has been an integral part of our day to day operations.

In 2016, Al took a position as with our office staff and started in sales. Since then, Al has become our Operations Manager and handles not only logistics and sales, but helps maintain the production schedules and quality assistance. Al also is part of the core management team that leads the business in all it’s success. His perseverance and faith bring our core values to light and help us maintain our long term pledge to be the best we can be, everyday. Al’s commitment to H&H and dedication to the brand, bring us to another level of customer satisfaction and product quality.

Rusty joined the team in March of 2019. While his experience in the OTR world was slim; his passion, dedication, and work ethic make up for it. Rusty takes pride in his work, and settles for nothing less than his best effort, regardless of the task in front of him. Rusty has strong communication skills. His ability to form relationships with those he meets is valued in our industry. Rusty is trustworthy and dependable, which is something that we take pride in here at H&H.

Rusty was born and raised in the hills of Southeastern Ohio. He graduated from Jackson High School in 2013 and went on to pursue a degree at Ohio University for the 5 years following. Rusty worked in the Carpenters Union before joining our H&H team. He has a wife and daughter that make up his support system outside of work. Rusty takes his family very seriously and he enjoys being a family man. He is an avid outdoorsman; when not at work you can find him in the woods, on the water, or a combination of the two. He also enjoys supporting his favorite sports teams.

Rusty is wasting no time making a name for himself in this business. We value the knowledge and understanding he brings to the table day in and day out. His ability to be a team player make him a strong asset to our company.

Most of our business partners know or have at least met Mark Perry. Mark is another of our company reps and has been with H&H the longest. I’ve known Mark since I was a kid and I’d see him and his wife, Kathy and their family at local horse shows. Like most of us here, Mark is a true cowboy. His personality, honesty, integrity and loyalty to H&H have not only helped maintain our customer base, but also helped expand it. Mark is a perfect example of the quote “If people like you they’ll listen to you, but if they trust you, they’ll do business with you.” 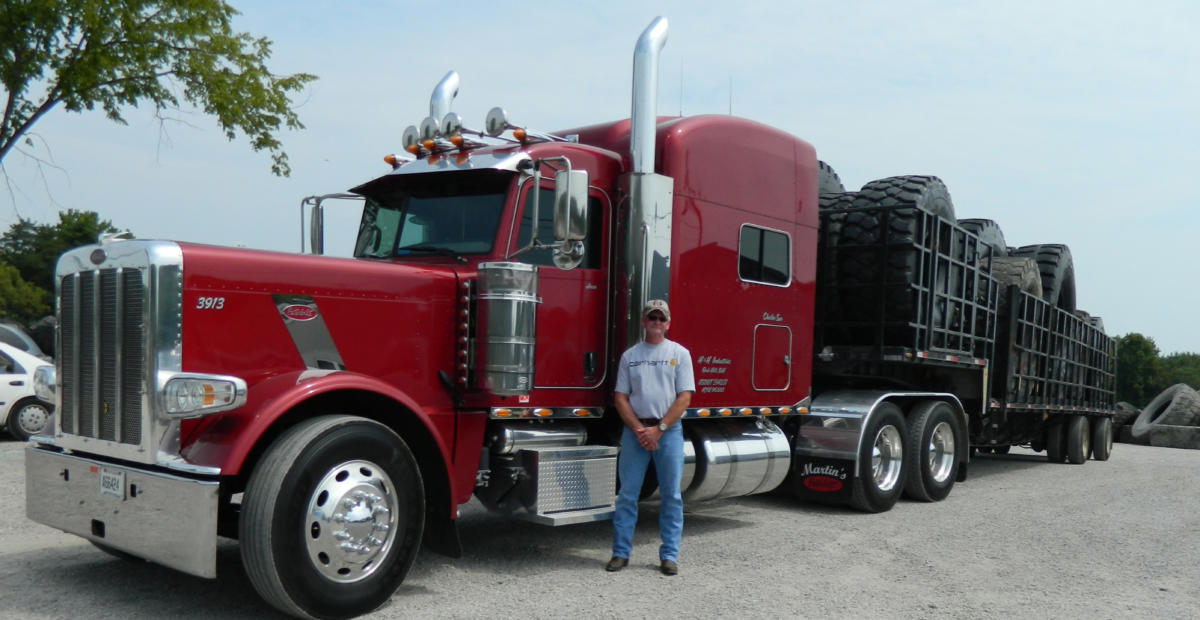 For those few of you that don’t know this H&H rep, let me introduce you to Tim Jessie. Tim is from Northern Kentucky and has been with me and H&H for a long time and is another part of our family. Tim’s work ethic is unprecedented. I’ve seen him push on when tough people would’ve given up. He’s cowboy through and through. Tim has become friends with a lot of our partners and it’s not just because of the business; that’s just who Tim is. With our bringing more value to our company and retreading in general, through various different ways; Tim is a perfect example of our service end being more then just delivering and picking up tires. Tim builds relationships. And he knows that a satisfied customer is the best business strategy of all.

This is our representative, Brian McCleese. Brian is a native of Southern Ohio and has been an invaluable asset to our organization for the 7 years he’s been with us. Brian’s good nature and positive attitude is dwarfed only by his stature. His dedication and hard work provide our customers with our very best service and you can tell he cares for them as well as our brand. The phrase, “When the customer comes first, the customer will last” epitomizes his attitude towards our relationships with our customers.  We’re proud to have Brian represent our family.

Brian Shepard is our newest driver representative and has been with us since March 2019. Brian is a native of Southern Ohio, born in Portsmouth and raised there until his enlistment in the U.S. Navy in 1990-1993. During this past year, Brian’s earned his place with us and continues to give his all, working hard to build our relationships with our customers through sincerity, honesty, and dependability. Brian has an unwavering work ethic and his loyalty to H&H has become apparent over the past few months. As he continues with H&H, we look forward to growing our routes, customer base and the H&H brand with Brian.